Hard to believe the VT 100 has come and gone.  All the planning and anticipation is over, only to be replaced with preparation for next year already!!  We’ve decided as a group, we NEED team shirts!  We were throughly impressed with other crew peeps who had killer matching tops….yes we were a little envious of your bright, wild colors and awesome logos!  So that is on the list for next year, as well as naming Christine (my sis in law) “Executive Director of Crewing”, I was going to name her “Head Crew” but Executive Director has a much better ring, don’t ya think?!!  Chris and Elaine (my sis in law) and our boys are fabulous crew members; they drive (well not the kids 😉 , haul & lug coolers, gear bags, wipe Guy’s face with cool wash cloths and pretty much keep me calm when I get a little worried about Guy!!  No, I never worry!!  We had a fabulous time crewing for my hubby Guy on the 100 this year.  Crewing with the kids and extended family and friends (especially my BFF Jules and her kiddos) made the time fly by while we waited anxiously for him and his buddy Hugh (Jules hubby). Christine & Elaine would say I’m a nervous Nelly… but I’m proud of myself this year, I was less neurotic …. I’m growing!! lol. 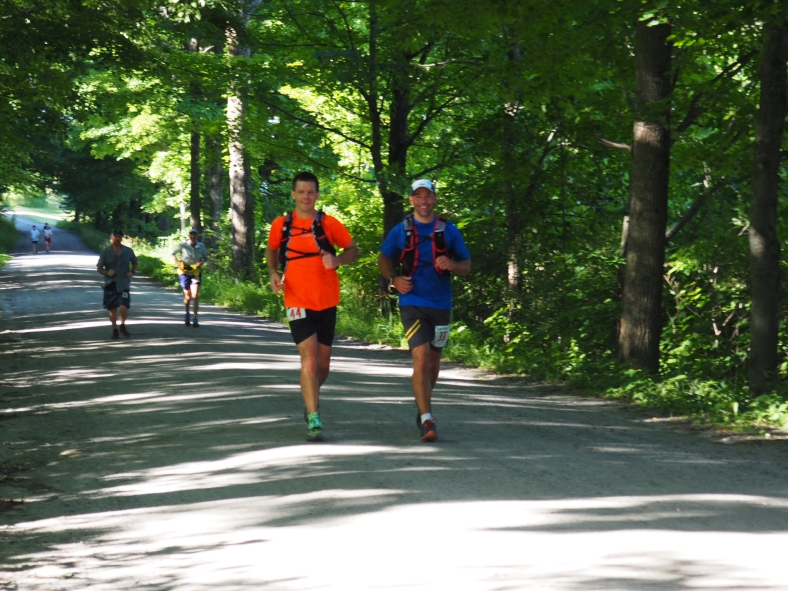 Hugh and Guy eating up the miles…

Guy’s day didn’t go as planned. He began to feel nauseous at mile 49, and we learned a big lesson as crew.  We need to look for the warning signs better.  Sometimes your runner will get an extra adrenaline high just by seeing familiar faces, but we should have been making sure he was ACTUALLY eating with our own two eyes!  I now remember the “oh I dropped my PB&J, oops” He had plenty of time to slow down, sit and refuel his body, even for an hour. Has your runner ever needed the extra time to get his or her stomach back on track?  Or other issues that were bothering them? We also learned from Guy that watered down Gatorade was not cutting it this year.  Last year was much cooler and it was ok then, this year, being more humid, he needed extra calories and electrolytes. We just ordered tailwind, so we’ll keep you posted on how we like it. Guy ended up making it to Spirit of ’76  (76 miles), despite feeling pretty horrible for the last 20 of it.  I couldn’t be more proud of him. He is one tough cookie and is my true hero in life.

This ultra thing is a work in progress and we’re always looking to learn more.  Talking with other runners and crew is a great way to gain knowledge on new strategies.  We just started reading up on Jason Koop’s book “Training Essentials for Ultrarunning” available at Amazon for $15. Lots of great info, very detailed….we got it a little bit too late, but it’ll help for next year and our upcoming races!!!! It’s a must have for any ultra runner!! Be sure to check it out…. 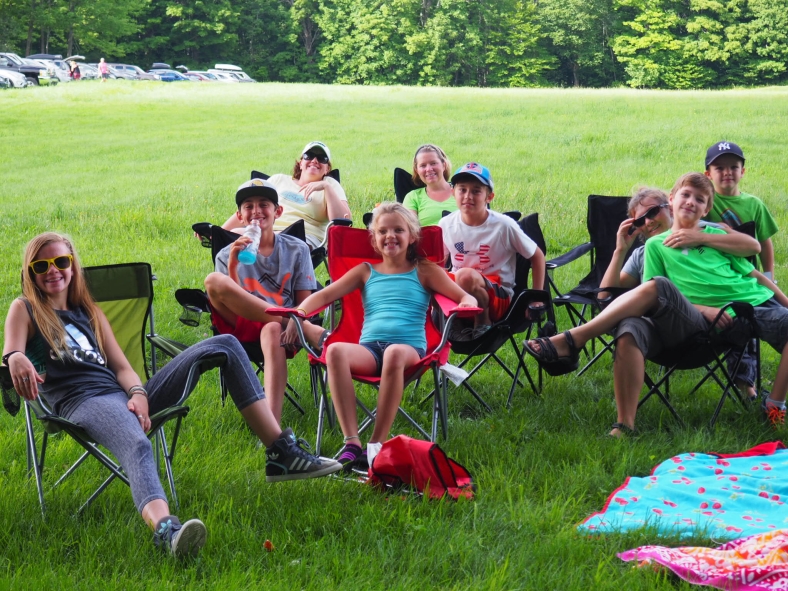 Even though the day didn’t go as planned for us, we were beyond thrilled about our friend, Hugh who finished!! He battled through a hellacious thunder-storm which dumped buckets on the runners throughout the night.  He earned his buckle on a pretty brutal day and we couldn’t have been luckier than to share that with his entire family.  Memories I will cherish for a long time to come.

Hugh crossing with his family right there….they crewing all day and night!! Troopers!!

We’re looking ahead to the Jay Peak Trail Festival, Guy and I will be tackling the 25k (it’s a beast) and we’ll cheer the boys on in their Green Circle 5k at Jay Peak.  This will be excellent training for the VT 50!! I’m so fired up to be running the whole darn thing this year……keep ya posted on training and tips.  If you have any to share, especially about stomach issues, please pass along…always learning.  Be kind and keep on inspiring!! xo

There was an error retrieving images from Instagram. An attempt will be remade in a few minutes.

finding inspiration as a mom. runner. friend. wife. my life.

The journey to your real self

Running, Lifting, and Everything In Between

running and writing and figuring it out

Living life one pair of running shoes at a time.

Mostly trailrunning, and other adventure that come about.

Kimberly on the Run

Sometimes when you are in a dark place and you think you've been buried, but you've actually been planted.

Follow me as I go from beginning trail runner to ultra marathoner! Dreaming of running a 100 miler ...

“Life Is An Endurance Event”

Hosa Runners
Not Another Mother Runner